Afrobeat is alive and well. And Antibalas is an adept steward of the genre created by Fela Kuti. In fact, it seemed as though Antibalas channeled Fela during their hour and fifty minute set at Union Transfer last night — not surprising considering the band is the house band for the Broadway musical Fela!.

The show started with a slow, hip-swaying build as the band members filed onto the stage, and then laid down the endless groove and mayhem of horns so definitive of Afrobeat.  During the second song, “Dirty Money,” (from the new self-titled album), singer Amayo talked with the audience about how all money is dirty and that we clean with our attitude, continuing the political nature of Afrobeat. The band also tried out a new song baritone saxophonist Martin Perna introduced as “Goldrush,” explaining the band had written the song on its current tour. The band closed with a Fela Kuti song.

On the Antibalas website, trumpeter Jordan McLean says of the new album “Musically, it’s our best playing as a band.” And he may be right. The band’s performance last night was tighter than a snare drum head. Rhythmically, the band is a perfect mix of percussion, bass and guitar. The horn section belts out big sounds and solid solos, and Victor Axelrod continually adds funky melodies on the keys. You can still catch Antibalas tonight in Brooklyn if you missed them in Philly — it would definitely be worth the trip.

Click any image to view the whole gallery. Since photos can’t really capture all that Antibalas does, there is a short video clip at the bottom. 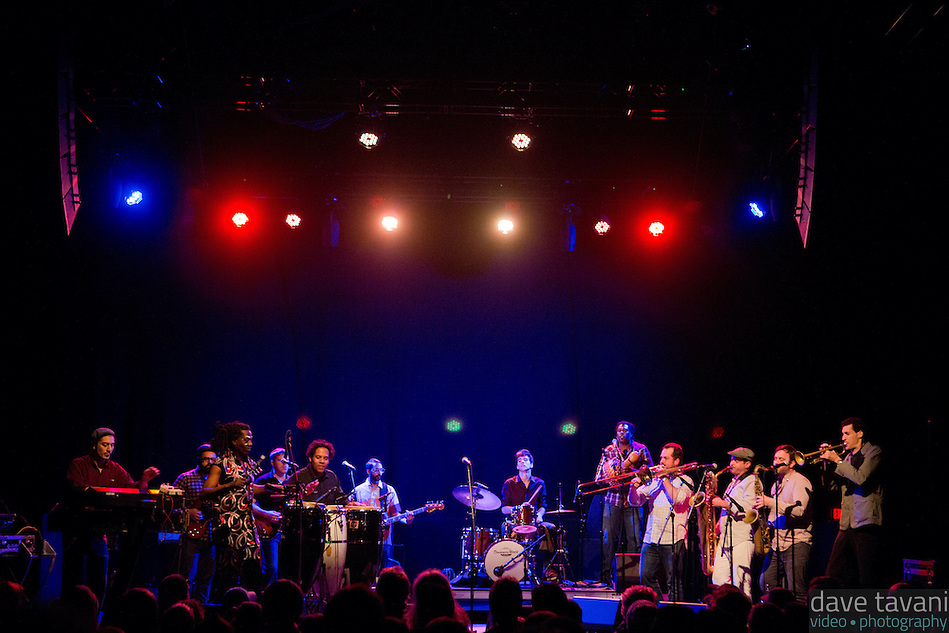 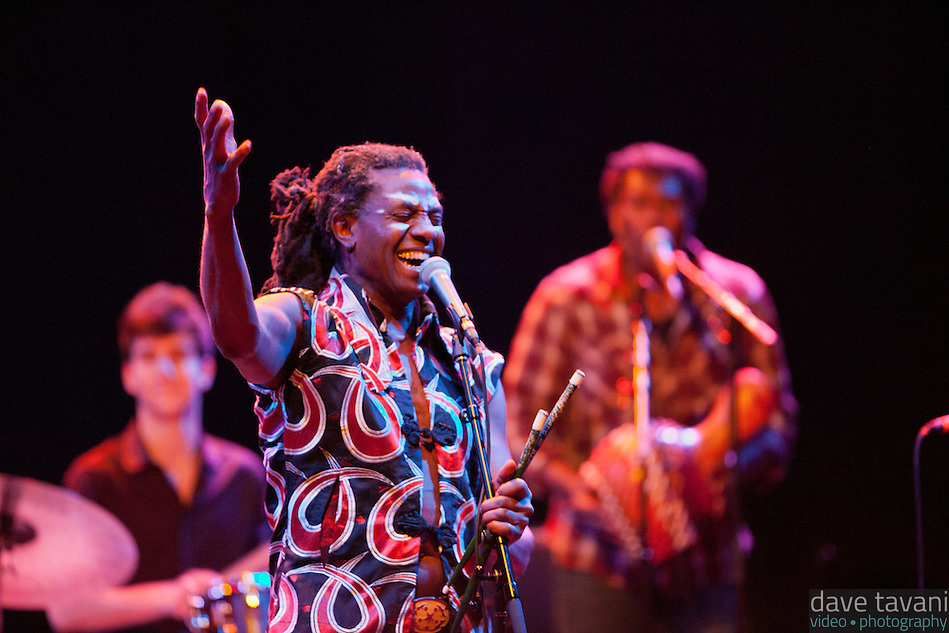 Amayo sings to the crowd during the Antibalas performance at Union Transfer in Philadelphia on December 13, 2012. (Dave Tavani) 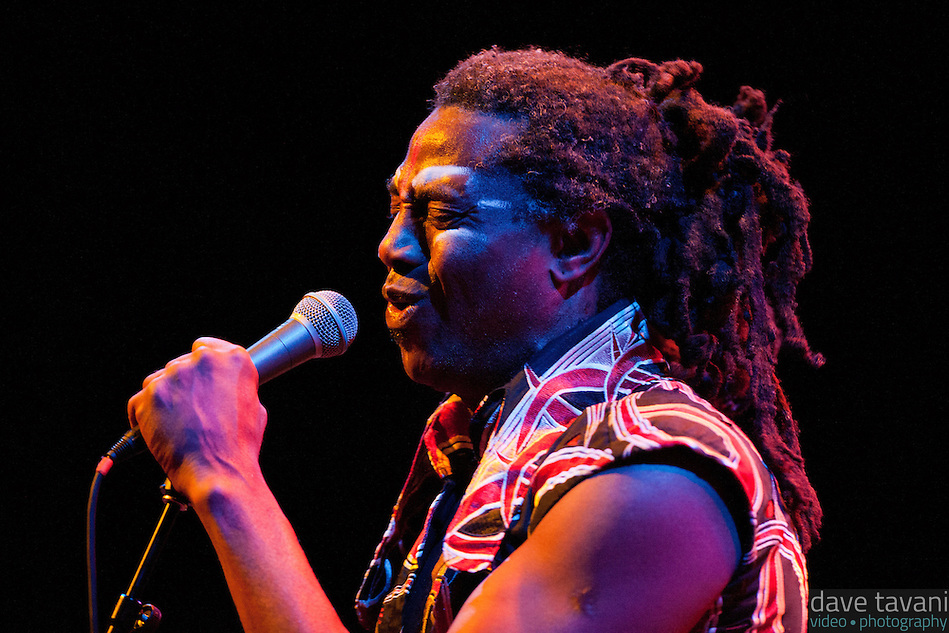 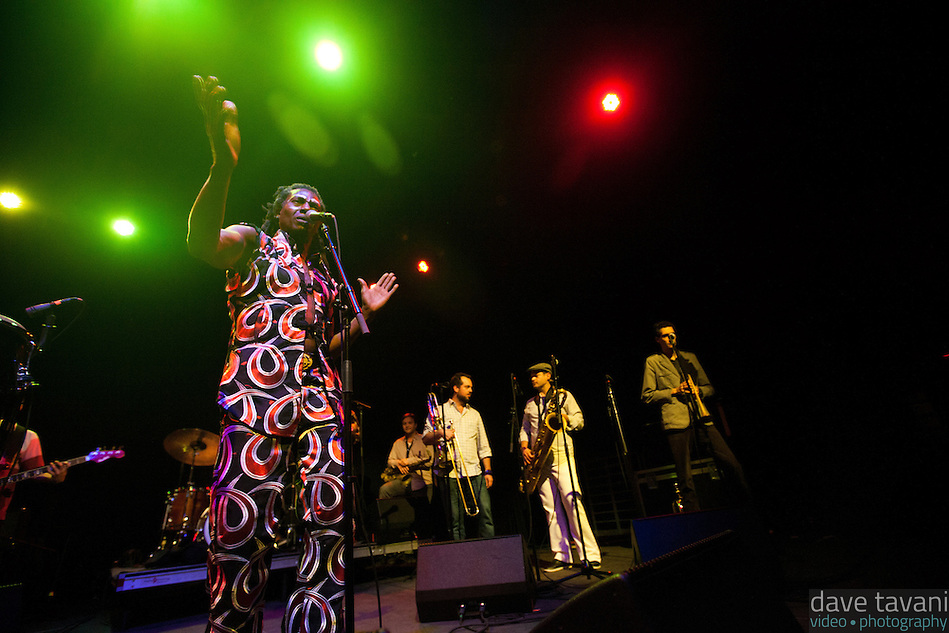 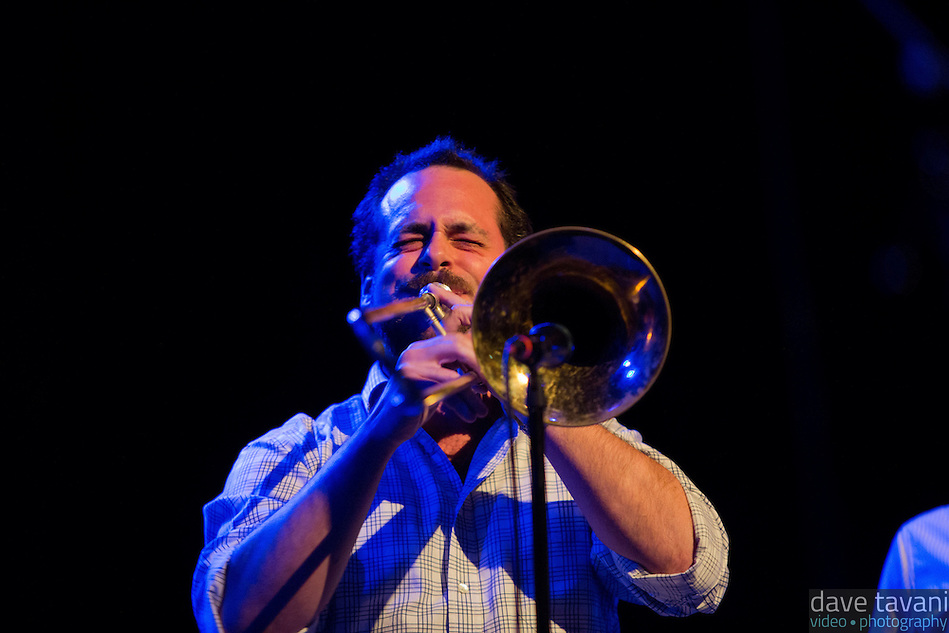 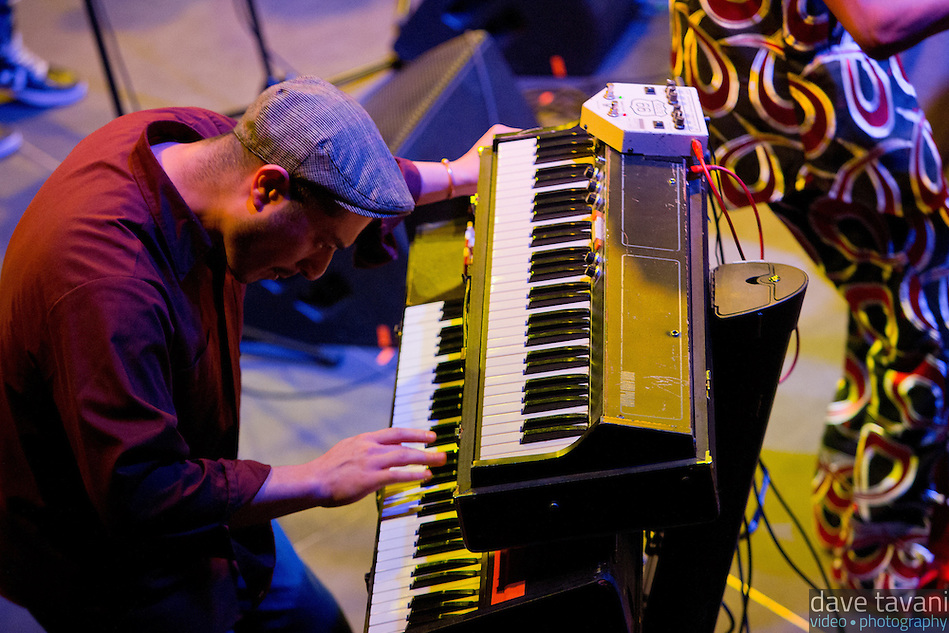 Victor Axelrod plays the keys for Antibalas at Union Transfer in Philadelphia on December 13, 2012. (Dave Tavani) 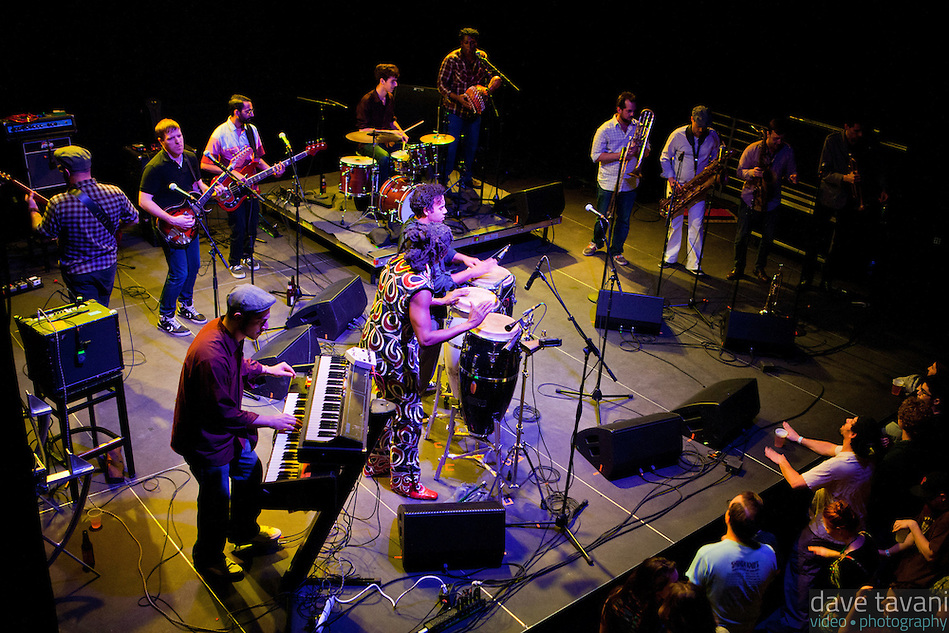 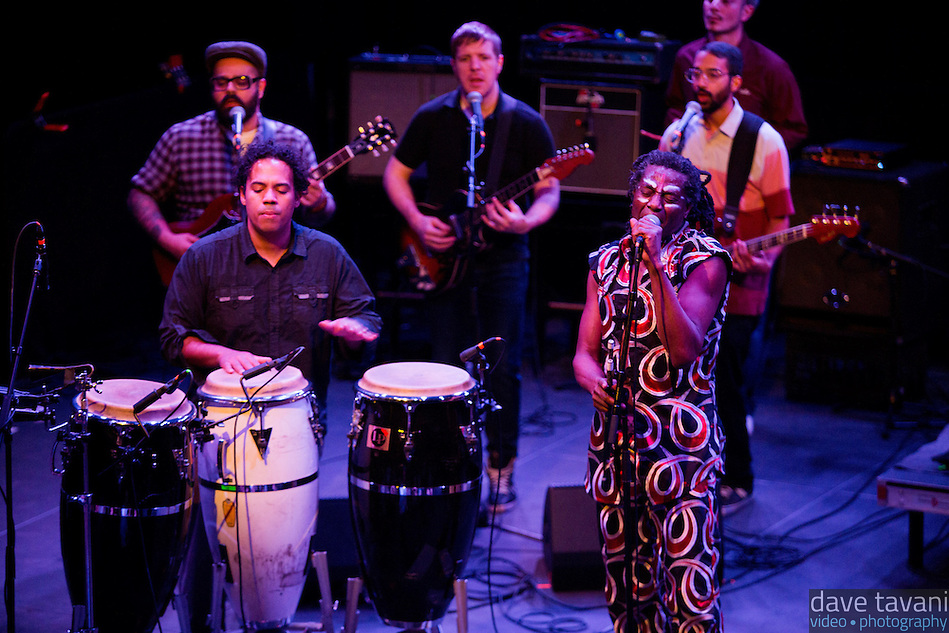