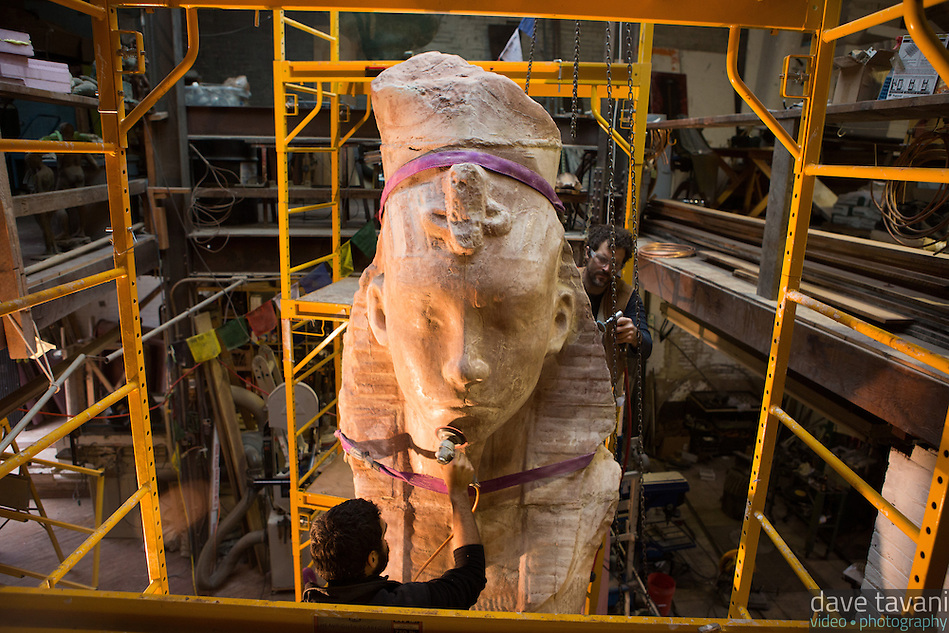 Miguel Antonio Horn and Joel Erland use grinders to bring out the texture on Horn’s sculpture “Colossus,” a four meter statue of King Tutankhamen on the morning of November 1, 2013. (Dave Tavani)

Late on Halloween night, Philadelphia artist Miguel Antonio Horn began unearthing a giant concrete sculpture of King Tutankhamen with a team of other artists in Germantown.

Horn had been commissioned by the Brownsville Museum of Fine Art with a grant from the Brownsville Community Improvement Corporation to produce the four meter statue to accompany a special exhibition of Egyptian artifacts. In addition, the sculpture will be the newest public art installation for Linear Park, a sculpture garden just outside the Brownsville Museum. Having never worked with concrete before, Horn turned to two Germantown artists who specialize in concrete: Kate Kaman and Joel Erland of HumanKind Design.

“This was the first time I ever worked with concrete. So, it was a totally new process,” said Horn. He said he worked with Kaman and Erland because they are “masters with concrete casting.”
“I came to them because I was really confident in their ability to pull this off. It was quite a huge feat and with their background in public art and scale as well, I knew it was something they could undertake. They have a wealth of knowledge of how to treat this material and really brought that idea into reality.”
Horn, a member of the Traction Company Collective Workspace in West Philadelphia, began the process with a 17 inch model that he needed to scale up to the four meter height. He did a three dimensional scan of the model and then, with the help of NextFab in South Philadelphia, milled the negative space of the model into a styrofoam mold.
Next, he collaborated with Kaman and Erland on color and faux finish, settling on Erland’s proposed “scagliola” look to resemble Egyptian brown Quartzite. 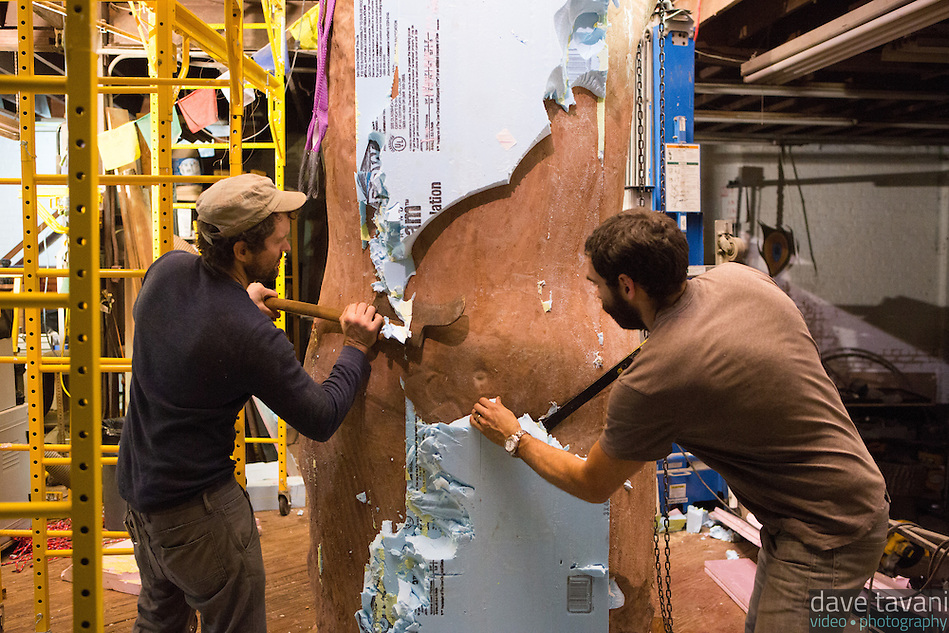 Starting last Tuesday, Kaman and Erland, and their three studio assistants, Alex Miller, Cory Kram, and James Sullivan, began the hand casting process that took some sixty hours.
The team filled the foam mold by hand with glass fiber reinforced concrete (GFRC). And Erland spent 12 hours hand casting the inside of the mold hanging from a rope swing while another assistant, Jerome Paisley, lowered buckets of concrete by rope. The GFRC needed 16 hours to dry. Late on the evening of Halloween, it was time to remove the styrofoam mold to see if the process worked.
After several hours of prying with crowbars and hammers and chopping with axes, and with the help of a few friends, the sculpture was free of its foam mold and standing upright in Kaman and Erland’s studio.
“I’m psyched about how it came out,” said Horn. “It turned out beautifully — better than I could have dreamed.”
Horn and Erland worked until late the next morning applying grout and then using grinders to bring out the texture of the sculpture and give it a more ancient-looking finish.
Late in the morning of November 1, they loaded it onto a truck for the trip to Texas.
“Colossus,” as Horn calls it, will be on display at the Brownsville Museum of Fine Art as of November 7.
Click here to see the story as it appeared on WHYY’s NewsWorks.org and a multimedia slideshow and interview with Miguel Antonio Horn.
Click here to see the full gallery of images. 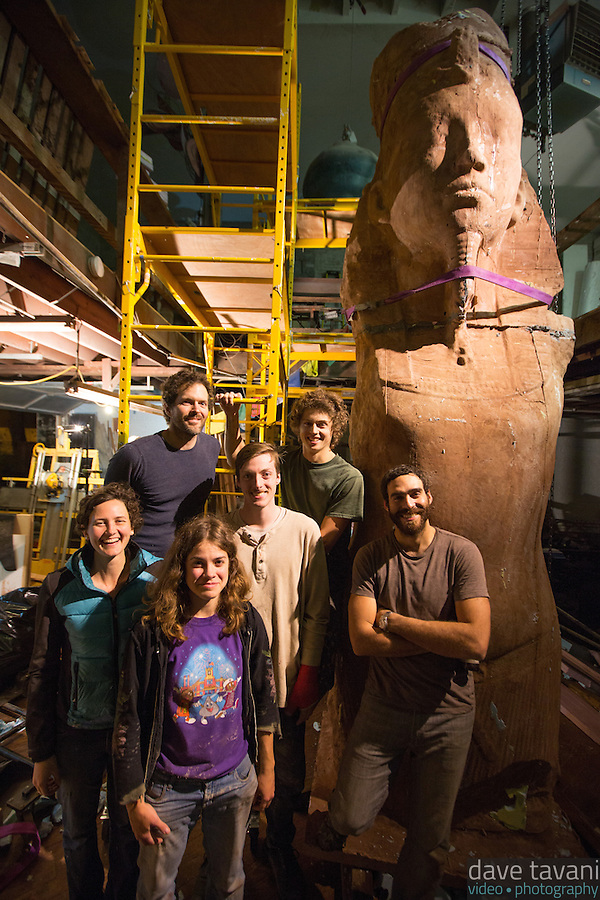