Genius is probably too weak a word to describe Kaki King’s guitar playing. She transcends conceivability. Her playing is almost supernatural — she is a sorceress. Each of her guitars is like a different magic wand that she uses to cast sonic spells that transfix her audiences and baffle other guitarists.

Because her guitar playing is inexplicable in words, I shot this short excerpt of the song “Magazine” from last night’s performance. Check out Kaki’s sorcery in action:

Last night Kaki King took the stage at World Cafe Live (downstairs) with five guitars and mesmerized the audience with a set comprised mostly of songs from her new album Glow. She did perform a few older tunes, including “Magazine,” “Doing the Wrong Thing” and “Carmine Street.” Among her arsenal of magic guitars were a Griffin (a small twelve-string guitar with a high tuning), a seven-string guitar, a koto guitar (a guitar modified with a small piece of wood — in this case a kitchen utensil — that forms a bridge at the 16th fret and gives the guitar the sound of a koto, a Japanese harp-like instrument), a Moog Synthesizer guitar, and her usual Ovation Adamas.

Kaki King’s new album features ETHEL, a New York-based string quartet. The collaboration created a multilayering of string and guitar spells that works really organically and deepens the sorcery that is Kaki King’s music. Her performance at World Cafe Live was solo, but if you hadn’t heard the new album with the strings you may not have missed them. King really fills a lot of musical space by herself and even added some percussion, whether it was tapping the body of a guitar, thumping her foot on a wooden box, or wearing a percussive bracelet around her ankle.

Not much compares to seeing Kaki King live. That said, the new record may have to do (not a bad consolation) if you missed her. 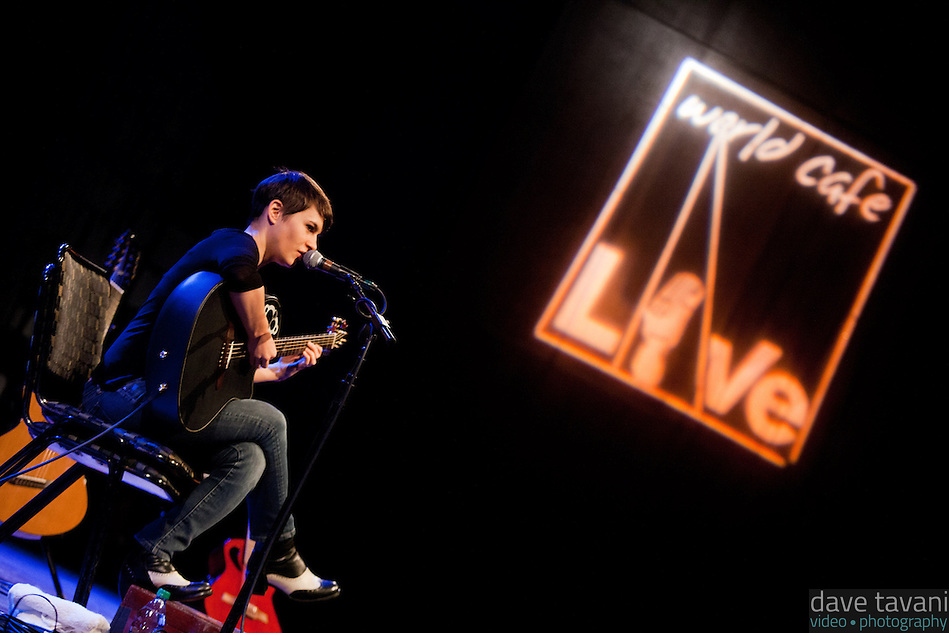 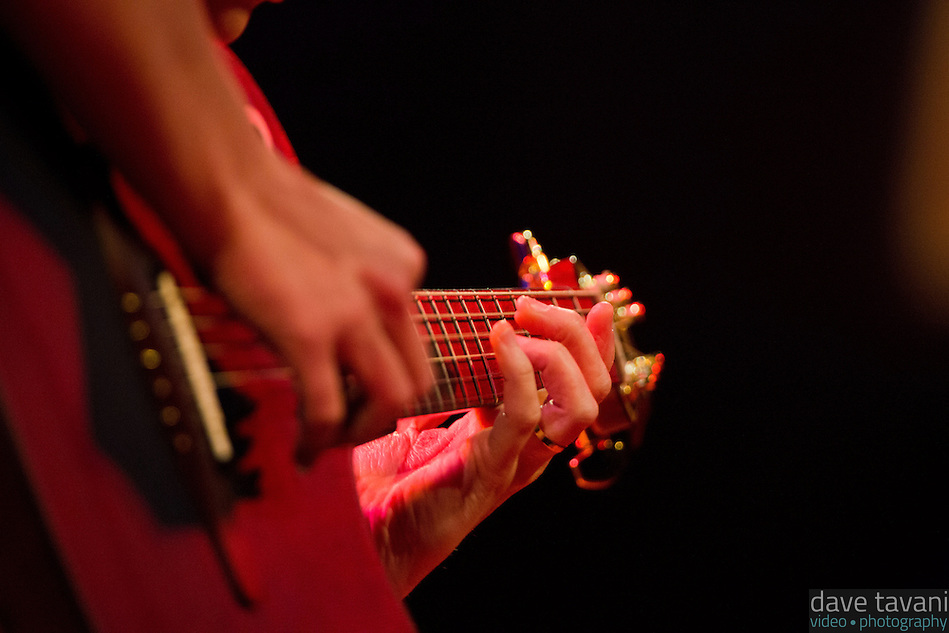 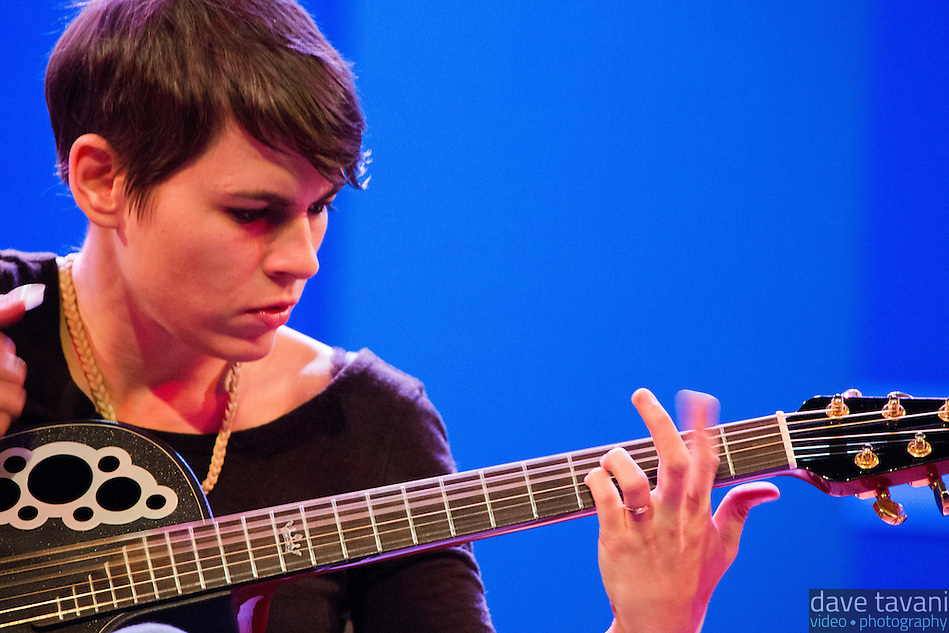 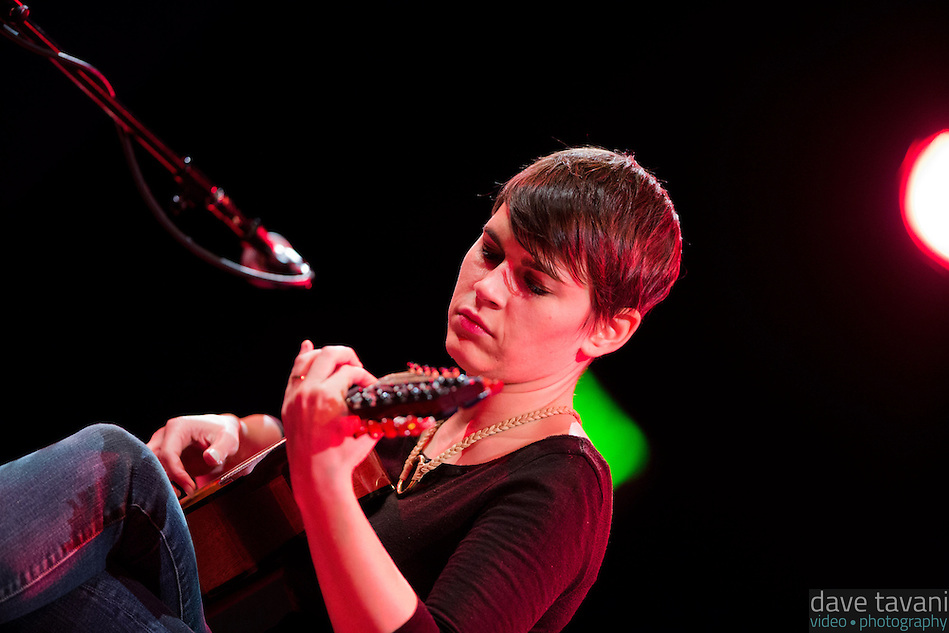 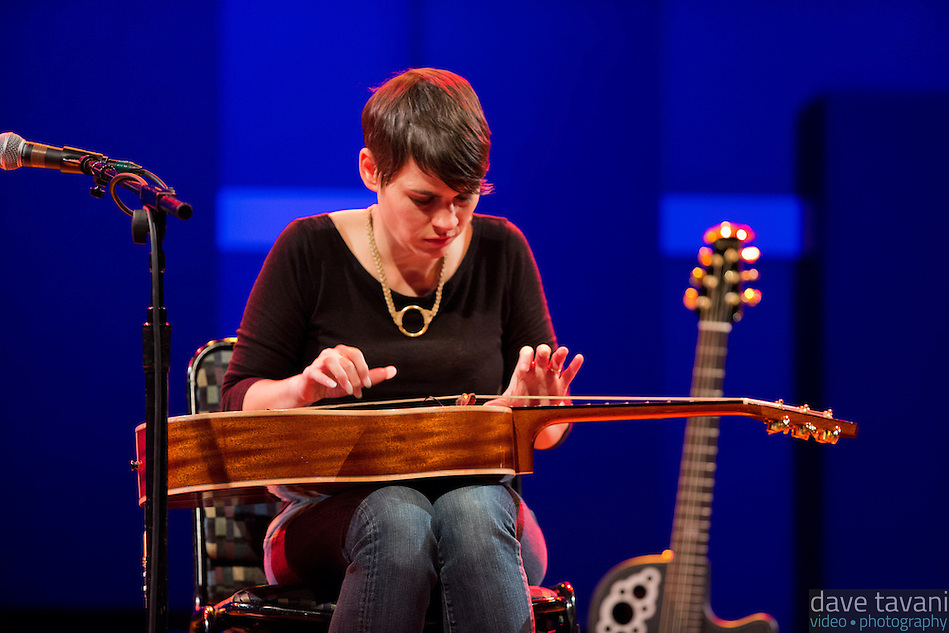 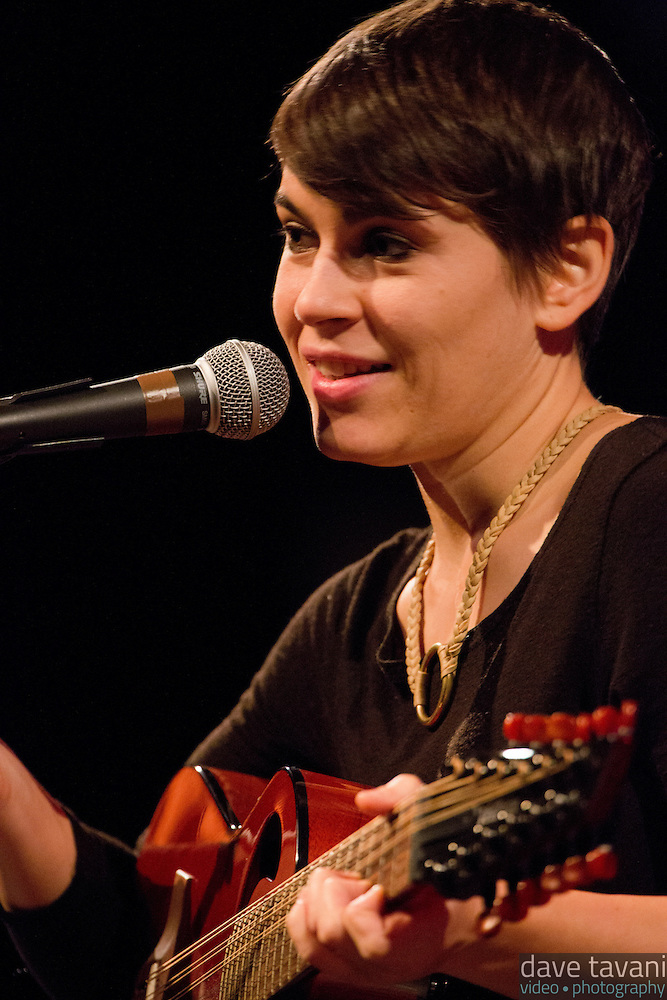 Kaki King explains the origin of the song “King Pizel” during her performance at World Cafe Live. She plays the song with a Griffin, a twelve-string guitar she describes as “high-strung, way above a normal guitar tuning.” (Dave Tavani)