Last night The Gatsby Brothers took Philadelphia back to the 1920s with a performance at fiUME in West Philadelphia. The trio is comprised of Jet Weston (guitar and vocals), Isaac Stanford (lap steel guitar), and David Streim (accordion). The Gatsby Brothers play the music of the 1920s — as the name might imply — and they dress in period costume. The band has a diverse repertoire from jazz standards like “Ain’t Misbehavin'” to Bing Crosby tunes, a Hawaiian song or two, and even a couple of cowboy numbers. The Gatsby Brothers filled the tiny fiUME late on a Sunday night with an enthusiastic crowd that bopped their heads and tapped their feet to the lively music. One audience member even instigated an impromptu version of “When the Saints Go Marching In” after the encore. The band indulged him and the whole audience joined in. It was a great moment. Check out The Gatsby Brothers Facebook page and find out more about the band and when you can find them next.

Before the performance, I was able to snap a few still shots of The Gatsby Brothers in the billiard room across the hall. Here are a couple of those shots: 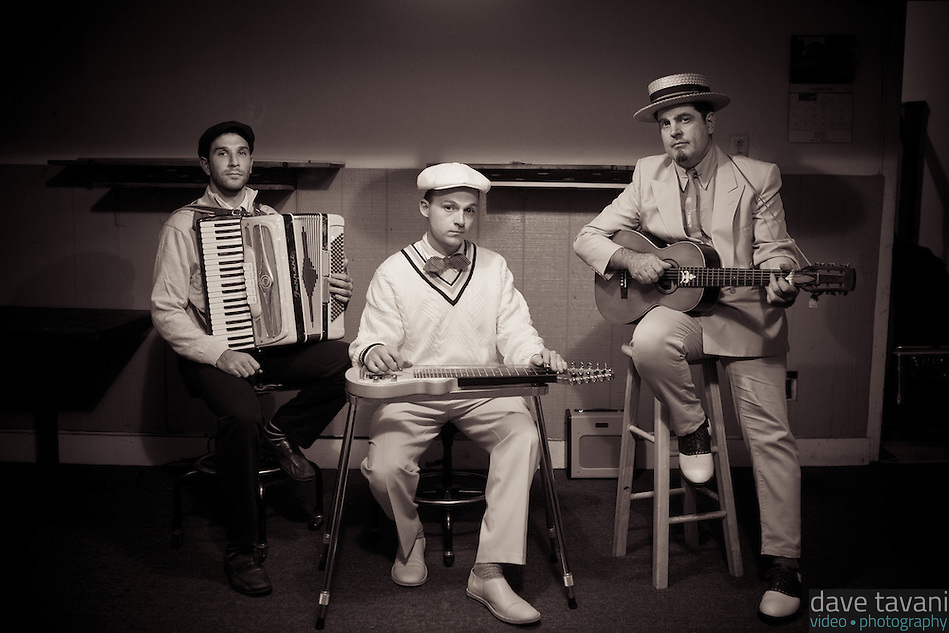 Despite the really tight corners, I did shoot a little bit of video of one song, “I Never Knew.” The lighting was tough and there was a lot of background noise, but the video definitely captures the essence of the band and their style.